As a child, I once suffered a bad fall that resulted in scratched palms and scraped knees. I remember how badly it stung, the cold air hitting my bleeding wounds; I felt that I couldn’t stand up for the pain. Through a veil of tears, I recall a kind hand reaching for me and helping me to my feet. My knees and palms were washed clean, and I remember thinking that for the rest of my life, I wanted to help people stand back up. 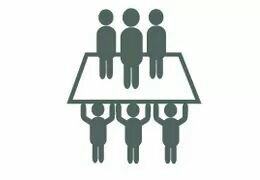 Lack of early diagnosis of breast cancer may kill 76,000 Indian women in a year by 2020, says a study, one of whose researchers is of Indian origin.

One of the most commonly diagnosed type of cancer among women in India, breast cancer claimed 70,218 lives in 2012, the study published in the Journal of Business Research showed.

It also revealed that the average age of death from the disease has shifted from 50 years to 30 years.

The magnitude of the problem is enormous and has major policy implications for the Indian government, said Vijay Pereira, Associate Dean (Research) at the University of Wollongong in Dubai.

What is clear is that healthcare at state-level must transform to deliver quality care and awareness.

Women do not access health services and are reluctant to consult male doctors, neglecting their health due to family obligations. They are over-dependent on other family members. All of these cause delay in diagnosis, the researchers said.

Thus, educating Indian men about the significance of early diagnosis for breast cancer, could be key to halt the disease which is turning into an epidemic, the researchers suggested.

India isstill a patriarchal society. Although women are now in responsible jobs and earning for their families, it’s the men who are the head of the household.

Even educated professional women do not discuss private matters about their bodies with their husbands, fathers or brothers. So it’s essential to direct health messages towards men.

Rapid economic development and greater urbanisation are also responsible for the rise in breast cancer rates, the researchers noted.

Besides, women tend to have children at a later age and breast feeding is less, which increases their chances of developing the disease.

Working women in urban India often have a more western diet leading to obesity. That also increases the risk.

In addition, schools and media were also found to be the good channels through which awareness could be raised in young women.

To really change the world, we have to help people change the way they see things. Global betterment is a mental process, not one that requires huge sums of money or a high level of authority. Change has to be psychological. So if you want to see real change, stay persistent in educating humanity on how similar we all are than different. Don’t only strive to be the change you want to see in the world, but also help all those around you see the world through commonalities of the heart so that they would want to change with you. This is how humanity will evolve to become better. This is how you can change the world. The language of the heart is mankind’s main common language.

We at Aaroogya strive to enrich all lives, hearts and minds not just our own pockets.

There is a false saying: “How can someone who can’t save himself save others?” Supposing I have the key to your chains, why should your lock and my lock be the same?

Healthcare for remote villages where there are absolutely no doctors or medical facilities and primary care. Women in these villages are not allowed to move out of house due to social taboo. In some villages, they have 6 children in average (high cervical cancer) causing a havoc state of health in various diseases due to calcium depletion, iron deficiency, obesity (fat cells produces estrogen, high estrogen in responsible for causing ovarian and breast cancer). The polluted river Hindon is causing toxic farm irrigation across 800 villages. The consumption of polluted water and lack of sanitation has caused a menace outbreak of skin diseases, and other major non communicable diseases like stomach infection, dysentery, cholera, typhoid. Poor financial stature I some villages shows profound malnutrition. The population cannot afford fruit consumption as for this population, it is expensive. They consider Contraception as a sin and do not believe in protected exposure which further puts the population in a state of hue and cry in terms of health. Large families cause minimal exposure to livelihood resources. Girls are not allowed to go to school.
We begin with Digital Survey, data collection and analytics to record each woman’s health condition, stress levels and lifestyle. The data is instantly received by our strategic partner Eximious Health and data scientists start making reports.
We along with Gramin doctors thoroughly checks them with ECG, Blood tests, urine examination, papsmear, FNAC biopsy etc on ground and provides them medicines with instant mobilization of patients to our partner hospitals.
We do tele-consultation with Dr. Pramod kumar Julka and India’s leading doctors in which they directly interact and consult the patient online who has never stepped out of their houses and they cannot. This is the best possible solution for them.
We have collaborated with Niramai, an artificial Intelligence Thermal device company which can detect any cancer development on breast even before 5 years of tumour development. We will carry it to these village women as they cannot come out for ultrasound and mammogram to towns as it is a handy device.